1) A different way of thinking? The Circular Economy and Nexus thinking

This lesson is taken from the Ellen MacArthur Foundations’ teaching resources.

Who is Ellen MacArthur

Dame Ellen Patricia MacArthur, DBE (born 8 July 1976) is a retired English sailor. On 7 February 2005 she broke the world record for the fastest solo circumnavigation of the globe. Following her retirement from professional sailing on 2 September 2010, MacArthur announced the launch of the Ellen MacArthur Foundation, a charity that works with business and education to accelerate the transition to a circular economy. (edited from wikipedia)
.

“Today’s linear ‘take, make, dispose’ economic model relies on large quantities of cheap, easily accessible materials and energy, and is a model that is reaching its physical limits. A circular economy is an attractive and viable alternative that businesses have already started exploring today.”

Education about improving the environment can often come to familiar conclusions such as ‘reduce, reuse, recycle’, but what if some of those conclusions have detrimental effects in other areas, such as employment, standards of living and the economy? In other words, what if these conclusions fail to see the bigger picture?
In this activity, a series of videos is used as a stimulus for classroom discussion about how environmental goals could be aligned with economic goals.

• To begin to investigate a different way of approaching environmental, social and economic issues

• to critique our materials economy

• to begin to investigate an alternative model: the circular economy 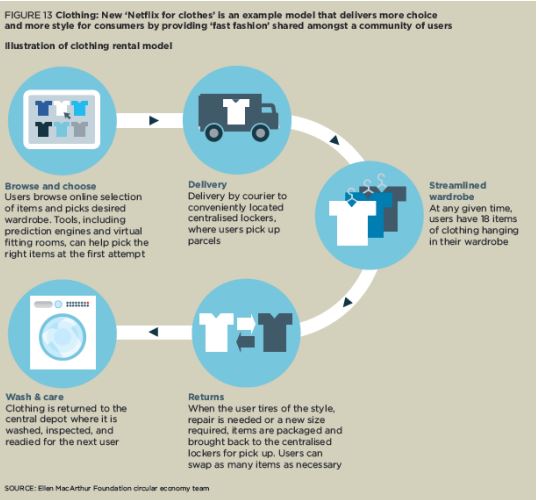 You may be wondering what all this has to do with IB Geography. I would like to think that you have some ideas but I am interested to see whether you can start to make even more connections.

The first major unit we look at is about Population. Read through the unit outline and try to come up with links between the Circular Economy, Nexus thinking and Population growth. How could these ideas help deal with the issues of a growing population, the growth of cities etc. Annotate the document either on paper or digitally with your thoughts and ideas making sure that you are ready to share your ideas in the next lesson.