Every day, over one thousand cubic kilometres of water evaporates from the land and sea. The water vapour condenses into the tiny droplets of liquid that make up clouds, and eventually it falls back to the earth as rain, hail or snow. Every three millennia, this overturning of water from ground to sky and back again recycles an amount of water equivalent to all the world’s oceans.

It is called the hydrological cycle, and all life on the planet depends on it. The hydrological cycle creates fresh water from the salty stuff of the oceans, because the salt is left behind when sea water evaporates. Much of the water vapour simply falls as rain back into the oceans. But some falls over the land surface, where it gathers into streams and rivers, making its gradual journey back to the sea.

Some water takes other routes through the hydrological cycle. If it falls as snow over the polar ice caps, it can become locked away in the ice sheets for hundreds of thousands of years. And some rain water percolates through porous soil and rock until it meets an impermeable rock layer. Then it seeps down subterranean slopes as ground water, carried in aquifers that break through to the surface as springs or which can be tapped through wells.

Ground water can be pumped back into the air before it can find its way back to the sea. Plants suck it up through their roots and release it as vapour from their leaves — a process called transpiration. A typical birch tree transpires about eighty gallons of water each day. It is because of this plant-induced humidity that tropical rain forests swelter under a moist climate.

So the hydrological cycle is really a set of wheels within wheels, each turning at a different pace — each ferrying water between land, sea and sky, between salt and fresh.

One of the key questions for scientists studying climate change is how the hydrological cycle might change in a world warmed by the greenhouse effect. There are many reasons why this is an urgent issue. Will global warming accentuate the problems already posed by the diminishing ability of water resources to meet water demands? Or will it alleviate them? Will the ice caps grow or shrink (and so will sea level shrink or rise)? Will storms and floods become more frequent?

No one yet knows the answers to these questions. Naively, one expects a warmer world to be a drier world. But more heat means more evaporation, and most climate modellers now think that global warming will cause the hydrological cycle to churn more vigorously, putting more moisture into the air.

Beyond that, it is hard to know what to expect. The world will be wetter on average, but the consequences for rainfall will vary from region to region. Some will get drier. And seasonal differences may be more pronounced: at middle latitudes in the Northern Hemisphere, summers might be drier and winters wetter. Part of the problem with making predictions is that the processes that influence rainfall operate at time and spatial scales too small to capture accurately in global models.

Because storms, particularly cyclones, are linked to rates of evaporation, a more vigorous hydrological cycle might lead to stormier times — with the consequent dangers of catastrophic flooding. Some regions might even lose out both ways, suffering more floods and more droughts.

Just about all structures and guidelines for water management, such as allocation of resources and operation of dams, have been built on the basis of present-day hydrological cycling. But according to a report in 1990 prepared by the US Climate and Water Panel, “Governments at all levels should re-evaluate legal, technical, and economic procedures for managing water resources in the light of climate changes that are highly likely”. As an ancient proverb says: to see the future is good; to prepare for it is better. 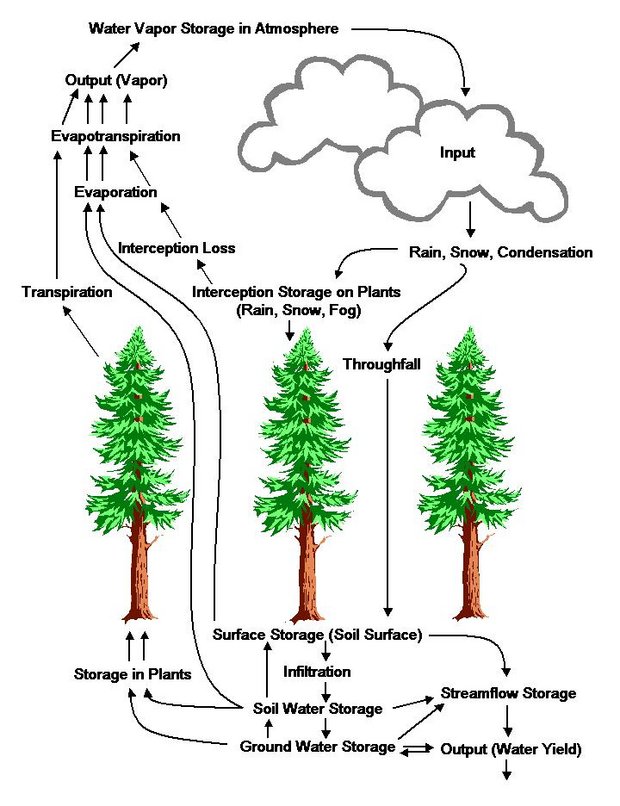 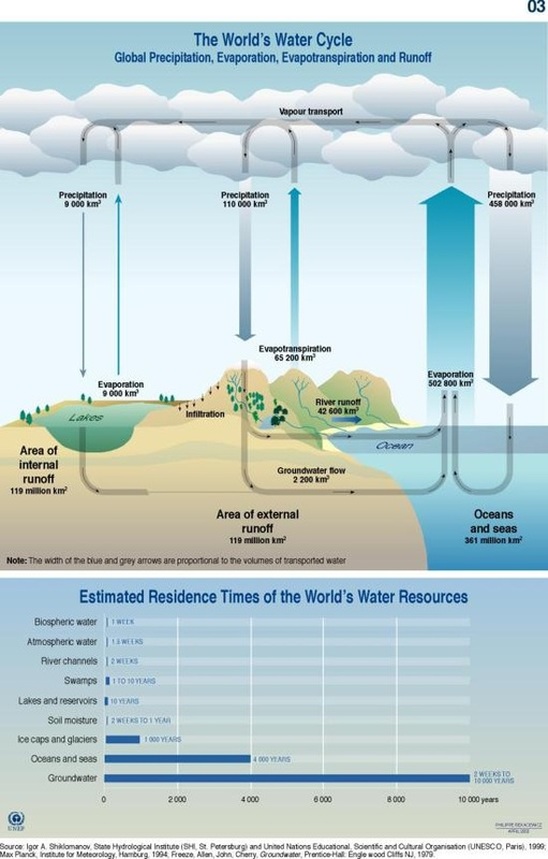 Use the information on this page and the geographypods.com page to answer the following exam question. Make sure you include data in your answer.

Explain the consequences of a decrease in the amount of water stored in ice in the hydrological cycle. [6 marks]

Water balance = relationship between inputs and outputs of a drainage basin.

Where, P is precipitation, Q is runoff, E is evaporation and ∆S is the storage in the soil,aquifers or reservoirs. 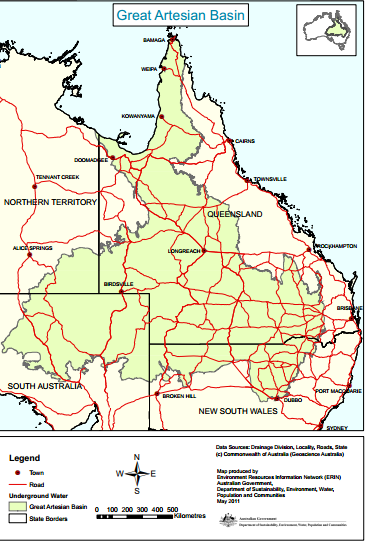 California drought: no relief in sight

Human Influence on the Water Cycle

Describe an example of where a freshwater resource has been exploited beyond its maximum sustainable yield. [6 marks]

The Hydrosphere (Information from physicalgeography.net)