What are they for? How do they affect the hydrological cycle?

Complete this worksheet dams_and_reservoirs_worksheet.docxusing all of the information above. You should also refer to pages 118 &119 in your course companion.

Now read the Geofile below and make notes on the impact of big dams using the SEEP acronym (Social, Economic, Environmental and Political).
Geofile 410 – Big Dams.pdf

Use this page to explain what can be done to reduce some of the damage that dams do to the river downstream.

What is a multi-purpose scheme? Can you give named examples?

What are the different ‘purposes’ of the Three Gorges Dam?

Create a table to outline the advantages and disadvantages of the dam. You may wish to think about its implications in the following areas: 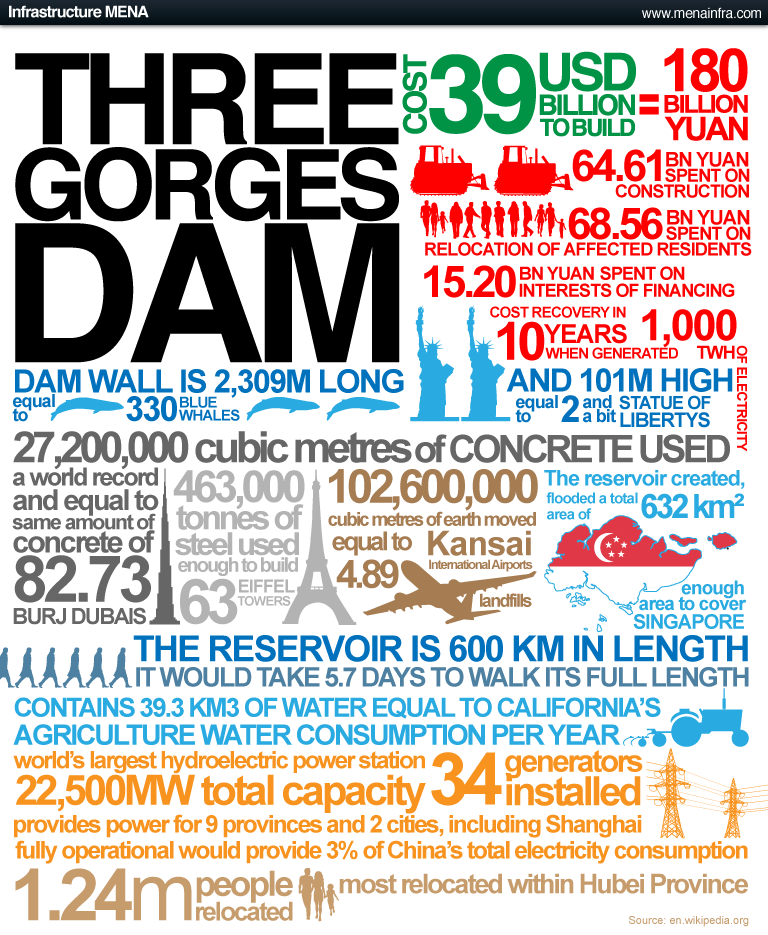 Rising from the waters of the Yangtze River, the Three Gorges Dam stands more than 40 storeys high. The scale and scope of the project is stunning.

Designed to control the flooding of the mighty river, the dam produces vast amounts of electricity – the equivalent of 11 nuclear power stations.

It is one of the most impressive feats of civil engineering anywhere in the world and stands as a symbol of China’s progress over the last 20 years.

Unsurprisingly, the Communist Party has hailed the mega-project as a triumph. But the dam has come at an enormous environmental and human cost. (Martin Patience, 2 November 2012, www.bbc.co.uk/asia) 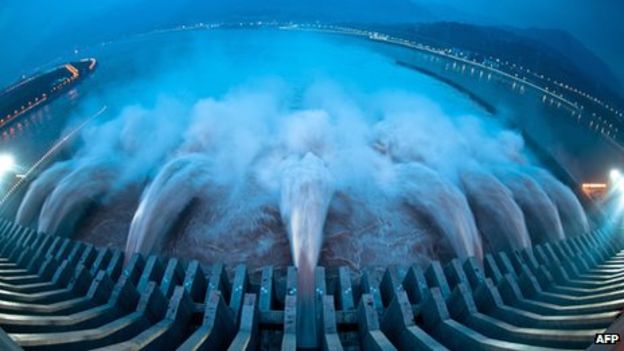 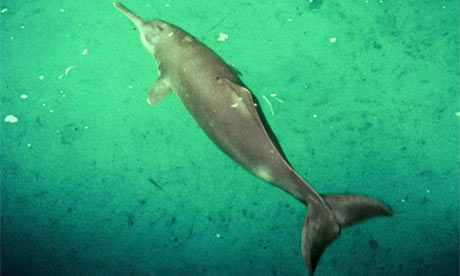 The Yangtze river dolphin, until recently one of the most endangered species on the planet, has been declared officially extinct following an intensive survey of its natural habitat.

China Rivers at the Brink of Collapse

“China’s rulers have traditionally derived their legitimacy from controlling water. The country ranks only sixth in terms of annual river runoff, but counts half the planet’s large dams within its borders. A new report warns that dam building has brought China’s river ecosystems to the point of collapse.

“Multi-purpose schemes result in more benefits than problems.” Discuss this statement, referring to both physical and human impacts. (10 marks)

Multi-purpose scheme (MPS) should be named and located.

Dams and reservoirs likely to be included, built for a range of purposes eg water supply, electricity, irrigation.

MPSs may also incorporate navigation, recreation, climate regulation or may have other purposes. However, solutions may not always have been fully realized in practice ie problems only partially solved.

To access band D, some benefits and/or problems associated with a MPS should be described. For bands E and F, discussion is provided or a conclusion arrived at.

Marks should be allocated according to the markbands.