Read the article below from the BBC that describes the fall in fertility being seen around the world. Using 4 different colours for each of the headings above, highlight the factors described in the text. 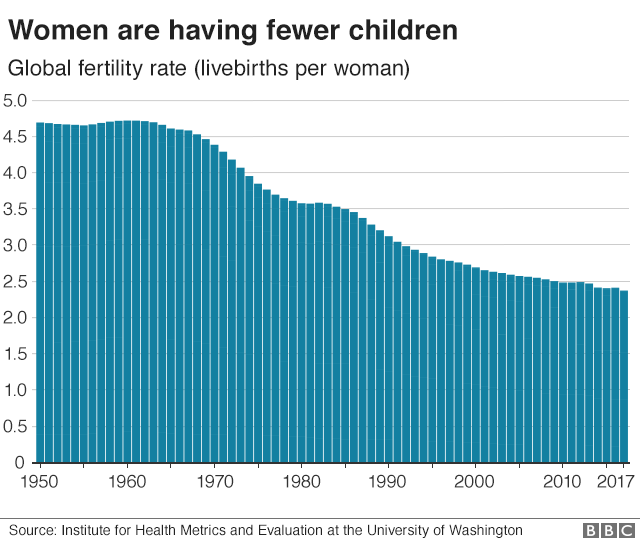 There has been a remarkable global decline in the number of children women are having, say researchers. Their report found fertility rate falls meant nearly half of countries were now facing a “baby bust” – meaning there are insufficient children to maintain their population size.

i) Create a document entitled Bangladesh Case Study. At the top of the page insert a map showing Bangladesh’s location.

ii) Background: Find the following data for Bangladesh using the CIA factbook and add it to the case study document in a table.

Life expectancy in education for boys and girls.

iii) Using the information below you are to build up a case study looking at causes of the declining fertility rates in Bangladesh. To do this you should complete the table below and then copy and paste the completed table into your Bangladesh Case Study document under the heading Population Change.

The path through the fields

Bangladesh has dysfunctional politics and a stunted private sector. Yet it has been  surprisingly good at improving the lives of its poor.

i) Open a second word document with the title, “Switzerland Case Study.”

ii) Insert a map showing the location of Switzerland.

iii) Use the articles and videos below to outline the factors affecting Switzerlands fertility rates.

The number of births in Switzerland has been steadily increasing since 2005. Last year 85,300 babies were born in Switzerland – a figure that hasn’t been seen since 1992, according to the Federal Statistical Office.

Look carefully at the maps below and describe the geographical variation in Death rates, Infant mortality, Child Mortality and Life Expectancy using the word document below. Make sure you name specific countries and regions and include data in your description.

Click on the map above and read the WIKIPEDIA article and make notes. Pay special attention to the factors that affect Infant Mortality.

Task 7) Read “The best story in developmentAfrica is experiencing some of the biggest falls in child mortality ever seen, anywhere“

Make notes highlighting the countries mentioned in the article and the resons given for the falling rates of child mortality. Give data wherever possible.

Use Gapminder to illustrate the different factors that affect the different mortality rates. How do they compare to the factors affecting fertility discussed in Task 1.

Where are the missing 90-year-olds?

Thousands of elderly people are missing. The last UK census found far fewer people in their 90s than expected, and the same thing happened in the US with people over 100. Could this be an early sign that gains in life expectancy made in recent decades will not be repeated in future?

Do this exercise in order to develop a greater understanding of the Spearman’s Rank Test.

Now complete the exercise on page 12 of the Patterns and Change book. You will use Spearman’s Rank to see if there is a negatvie correlation between GNI per Capita and the crude birth rate.