Population Predictions and the Fertility Decline

Population momentum. The tendency for population growth to continue beyond the time that replacement-level fertility has been achieved because of a relatively high concentration of people in the childbearing years. For example, the absolute numbers of people in developing countries will continue to increase over the next several decades even as the rates of population growth will decline. This phenomenon is due to past high fertility rates which results in a large number of young people. As these youth grow older and move through reproductive ages, the greater number of births will exceed the number of deaths in the older populations.

To understand the idea of population momentum better you should work through the geographyalltheway.com exercise. 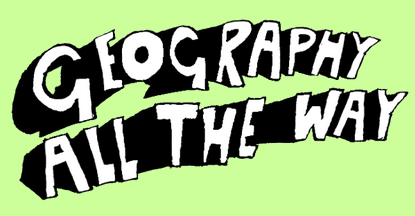 The problems of predicting population change.

Humans: the real threat to life on Earth
If population levels continue to rise at the current rate, our grandchildren will see the Earth plunged into an unprecedented environmental crisis, argues computational scientist Stephen Emmott in this extract from his book Ten Billion
Earth is home to millions of species. Just one dominates it. Us. Our cleverness, our inventiveness and our activities have modified almost every part of our planet. In fact, we are having a profound impact on it. Indeed, our cleverness, our inventiveness and our activities are now the drivers of every global problem we face. And every one of these problems is accelerating as we continue to grow towards a global population of 10 billion. In fact, I believe we can rightly call the situation we’re in right now an emergency – an unprecedented planetary emergency.

**Peoplequake: Mass Migration, Ageing Nations and the Coming Population Crash by Fred Pearce**
Thomas Malthus has a lot to answer for. As the young cleric performed birth and death rites at the end of the 18th century, he began to notice that there were far more christenings than funerals. The insight led him to write his “Essay on the Principles of Population”, a dark warning against the perils of unchecked human reproduction. Overpopulation was a looming threat because the masses were on a treadmill of sex and procreation, he argued. Eventually, the world would run out of food. People would die of starvation. It was nature’s way of keeping populations in check.
This “dark and terrible genius” may have been right to pinpoint the idea that population was a potent economic force, says Fred Pearce, but he was wrong about almost everything else. And yet Malthus’s ideas persisted among the elites for hundreds of years, spreading a fear of population time bombs and seeding ideas for eugenics programmes up to the last half of the 20th century.